In the not so wise words of EA, this version will give you a sense of pride and accomplishment. How you ask? By completely reworking the progression system. This new system adds strategy, gives cash a purpose, and lets you personalize your character as you progress through the game. Holy buzzwords batman, let's read on! 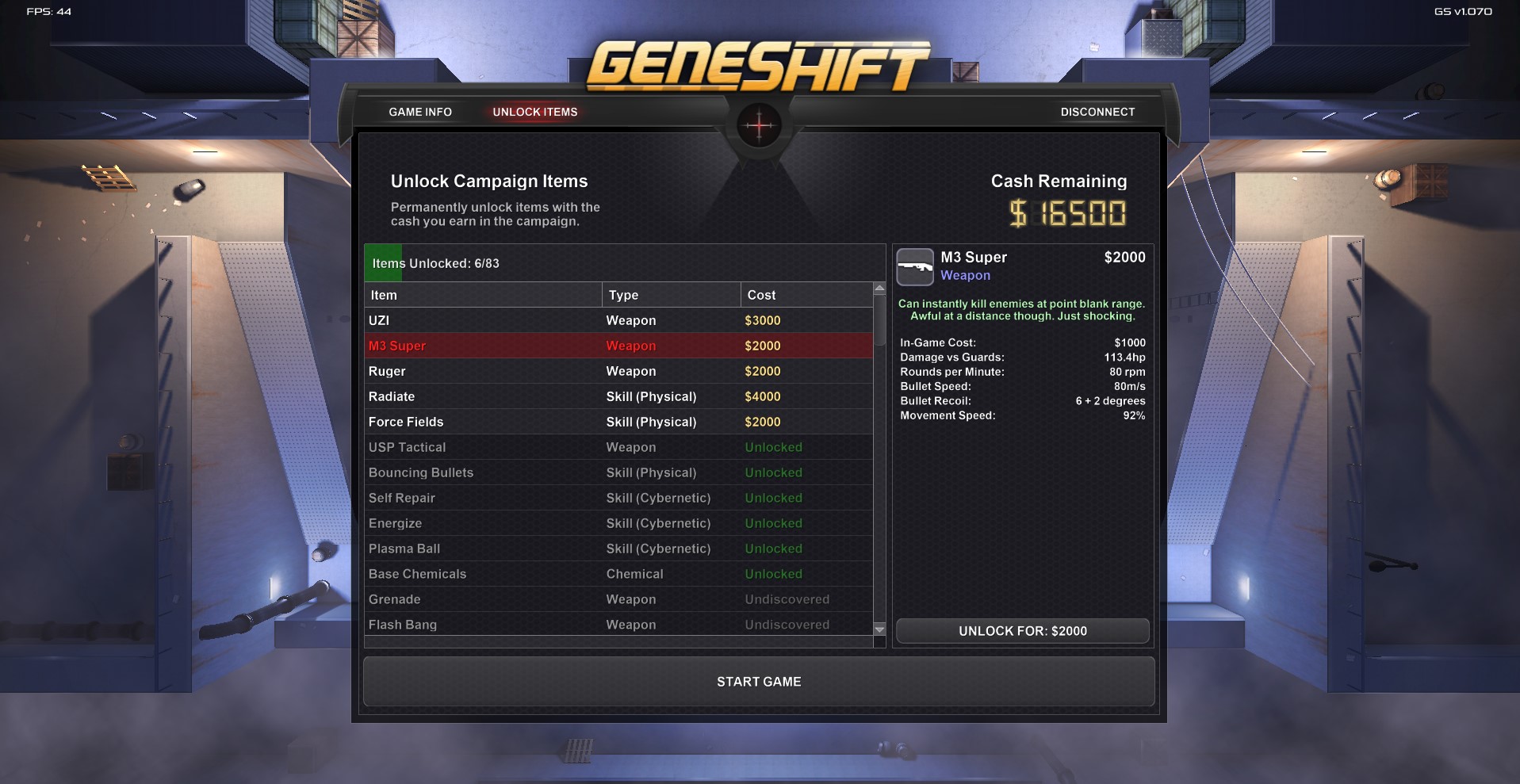 New Progression System
The old system was very simple. You discovered an item in the map and from that point on you could access it in the buy menu. This was great and all, but it meant that everyone had the exact same build. You were progressing, but it wasn't customizable and there wasn't any strategy or excitement to it.

This new system adds a simple step that fixes this. When you discover an item in the map it becomes "discovered", but now it is not immediately unlocked. To fully unlock it you must actually buy it in the menu screen shown above. You buy it with cash earned from the campaign. This single change makes the progression system a lot more interesting:

1) Cash now has long term value as it is needed to progress. This gives you an incentive to get those sick combo kills, and also introduces an "end game" grinding stage for completionists.

2) Your build is now personalized and requires strategy. Do you spend your remaining $8000 unlocking the M4A1 or Force Fields?

3) You can now get excited about cool items. Before you were just given Invisibility before you even knew what it did. There was no anticipation. Now you'll actually care when you finally invest the $20,000 required to unlock it. 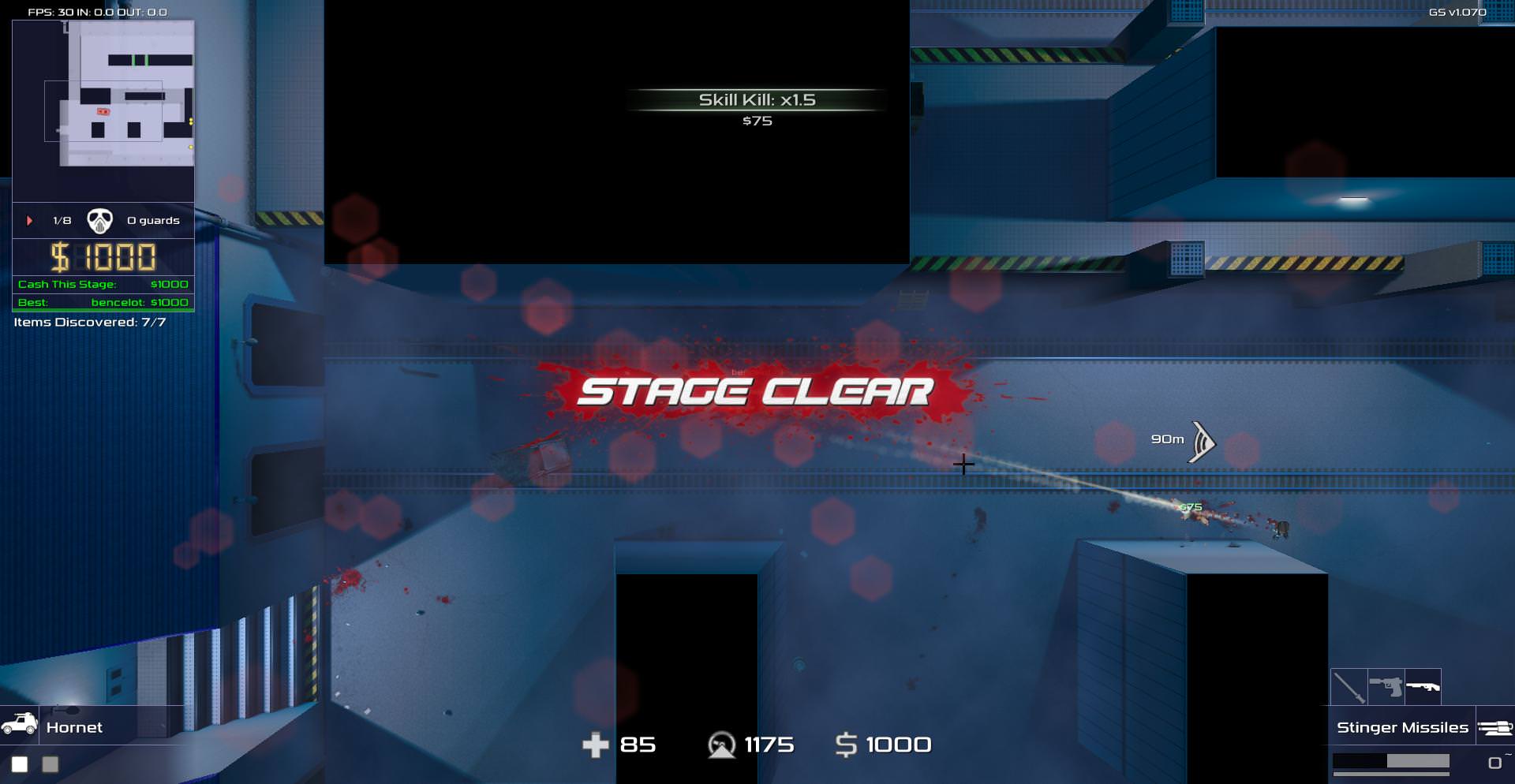 Sexy HUD Stuff
Check out this cool new STAGE CLEAR thingy. It shows up when you kill the last enemy on each stage and makes you feel like a badass. I've also made the HUD a bit cleaner and given everything a sci-fi blue tint.

With the release of this version I think I'm 100% done with the "systems" aspect of the campaign. Everything is in place now. Now I just need to go through and polish up the actual stages themselves to work with all the cool new features I've been adding. Next version is going to be a whole new game!