Nik Nak Studios is an indie studio that makes awesome games. It's currently a one man team and my biggest game yet is Geneshift. Geneshift is a top-down shooter with tactical mutant skills and insane vehicle action. It's been in development since 2009 and released on Steam Early Access on May 23rd, 2017, aiming for a full release in late 2018.

Nik Nak Studios is run by Ben Johnson from Sydney, Australia. I've been making games since 2007 and loving every minute of it. In 2009 I released a prototype of Geneshift and with the help of the game’s community I've been perfecting it ever since. What started as a hobby quickly turned into an obsession - and in 2014 I quit my day job and took on game development full time. I've taken the plunge - and with the upcoming release of Geneshift I’m very excited to see what the future holds.


Coding Around the World

Nik Nak Studios was founded in Australia but I've worked from all over the world. Sydney was very expensive so I packed my bags and moved to cheaper (and warmer) pastures. I've coded from Sydney, Budapest, Cape Town, Buenos Aires and most recently worked on the game in Arequipa, Peru. I can't drink the water, but I can stretch my savings long enough to complete my games properly!

You can shoot me email at bencelot@niknakstudios.com. Alternatively you can contact me at twitter.com/geneshift. Check the presskit() for more info. 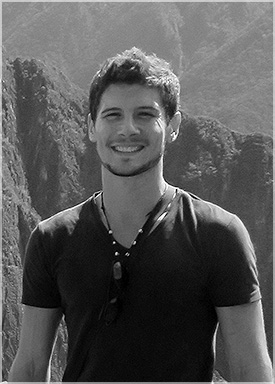